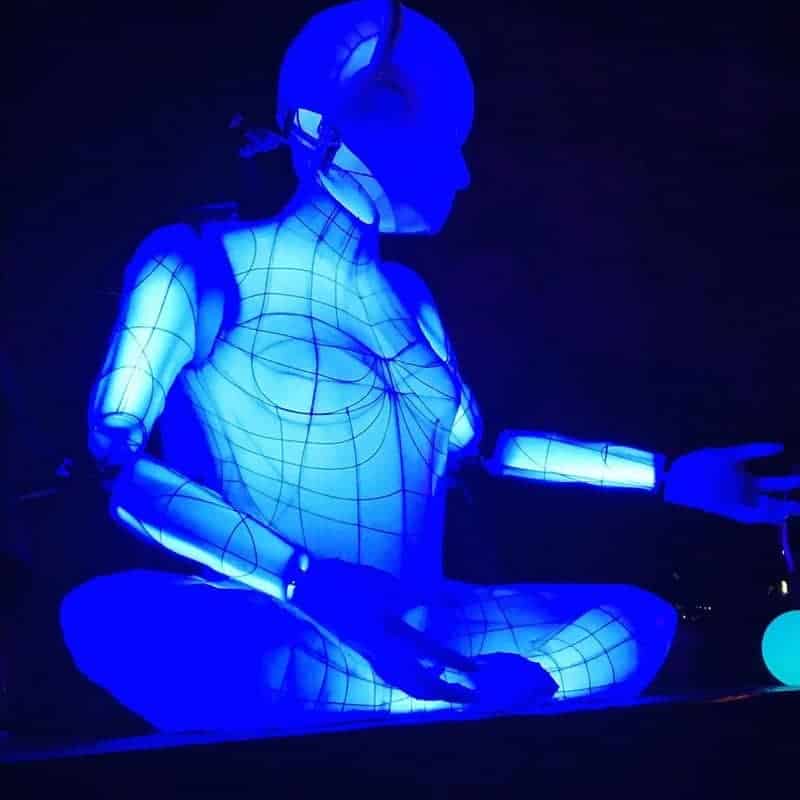 In this week’s ‘In The Spotlight’, we look at a recent build OPTO Projects completed for Balooga Entertainment, which was featured at White Night Reimagined in Melbourne last week. This project had a tight turnaround, but working alongside great clients with clear ideas always makes up for time otherwise lost.

You want us to do what!?

When Graeme Haddon from Balooga Entertainment approached us to deliver this project, the brief was quite simple – ‘internally light the Buddha puppet with even coverage and keep the weight down to reduce strain on the puppeteers’.

OK, and how exactly?

To help achieve the goals, we looked at a variety of options that would give even coverage within the confined space we had to work with. After doing multiple tests with different light sources we settled on good old LED tape. This solution allowed us to get into the tight spaces such as the fingers and forearms giving us fairly even coverage. The biggest concern with this was the pixelation that often occurs when LED tape is close to the diffusion material. Graeme offered an alternate foam material that the puppet could be manufactured out of which gave great diffusion and helped to alleviate this issue.
As Graeme wanted to have the ability for colour wipes and control of individual parts of the puppet, we settled on using our optoLED RGBW Pixel Tape. The pixel tape formed the main “glow” of the puppet and worked in conjunction with the optoLED Pixel Discs used in key areas which needed featured effects. The palms of the hands and the eyes utilised only a few of the inside rings of the Pixel Discs and the headphones just the outer few rings. This flexibility meant we could easily match the sizes needed.

For the heart, we ended up using a full optoLED pixel disc which could again be pixel mapped to give more dynamic effects to this central focal pint. Although the external foam worked well for most situations it did cause some slight head scratching with this element. To get any definition from the heart, we had to stand off the the disc from the back panel to bring it closer to the puppets outer shell, all without causing a shadow from the LED behind. We created a standoff with a custom 3D printed washer that allowed us to bolt the disc to the metal standoff, without causing a short, but also allowing the LEDs under the washer to not be impacted.

The 3D printer was also brought into action for the LED in the arms. We designed some brackets to snap-fit over the structural rods which then held the extrusion evenly spaced around the circumference of the limb. This also gave us the ability to build the LED outside of the arm and just insert and clip into place (which also helps for maintenance). To get all this pixel tape under control, we went with two LeDMX4 Pro units from DMX King. Their small form factor and versatility made them perfect for this job. They also have the ability to replay a pre-recorded show from an onboard SD card via an external trigger, which was desirable for the client.

In the end, we were happy with the result and although at times she was seen as a little scary (as The Age put it -“it will kill us all”), what more could you want from a 3m high puppet with frickin’ LED beams for eyes!

If you’d like any further information on this or any other project then feel free to contact us.