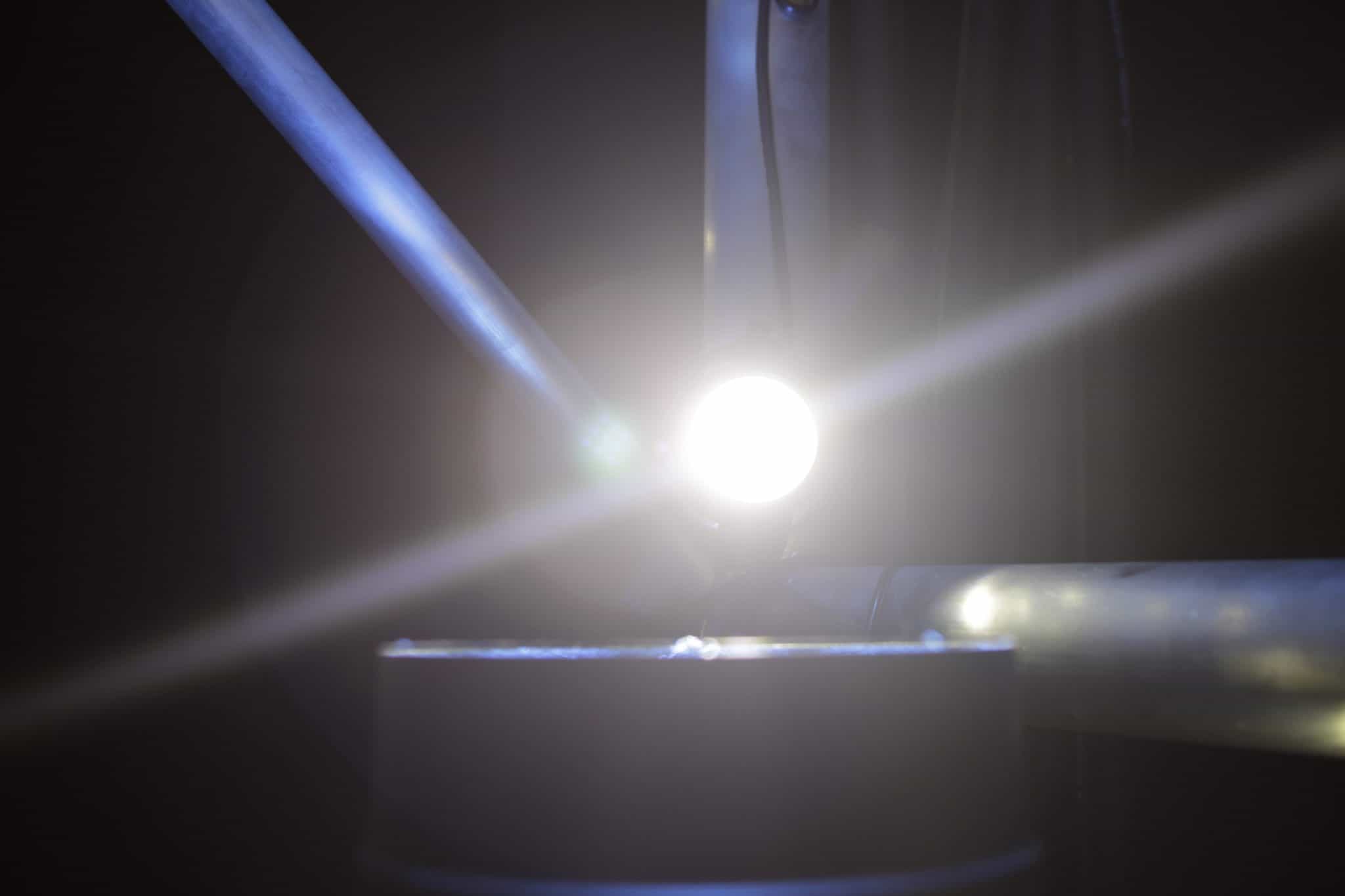 Today, we take a look back on one of our first product designs – the OPTO Pixel Strobe. We designed these originally for the Australian tour of ‘We Will Rock You’, back in 2015. Associate LD, Richard “R2” Pacholski, wanted to gain more control than the previous spec of star strobes which covered the set.

The primary brief was to provide the same brightness and randomness of the star strobes, but with the ability to run controlled effects such as wipes and chases when required. How did we manage it?

We had previously completed a custom strobe build for ‘Matilda the Musical’ which, to integrate as invisibly with the set as possible and to keep the size down, was a bare PCB for the strobe head.

For this new project, we wanted to create a fixture that could be used time and again and withstand the rigours of touring. We started with finding an existing aluminium housing that could be adapted to work with our own custom electronics. We settled on a solid shell that was an off the shelf product, rather than having our own design custom machined. Once we had the enclosure, we moved on to electronics and control. The biggest issue we faced was finding a connector type that was both small enough to fit within the unit, but also with a high enough current rating to take the power required for the strobes.

When all the components were selected we did a prototype run of the design to validate the electronics, before moving on to mass production of the PCB. A few minor tweaks later and we were away! Next, we moved on to finalising a few details of the over all product design – a yoke and back plate were designed and fabricated to integrate with the existing housing, and it all began to take shape. A quick trip to the powder-coaters and screen printers, and we had a product ready for final assembly.

At this embryonic stage of OPTO Projects as a company, we often struggled to find spaces to work. With the company directors based in two different cities at the time, this resulted in garages and lounge rooms being converted into assembly lines! With a willing workforce of partners, family and friends, the last push to get them assembled, tested and out the door went smoothly.

As with all our projects, there were many things learned along the way. The key requirement for projects such as this – consisting of an extensive bill of materials and processes, from a range of suppliers – was planning and scheduling. We had a detailed road map on how we needed to accomplish this right from the start. With the tight timeline available for delivery, it wouldn’t have been possible to complete without that strict scheduling and organisation.

Freight times are never your friend, so always ensure you allow for much more contingency than you’d think, and be prepared to pay a premium for express shipping if it means other processes won’t be delayed.

Lastly be sure to test, test and test again. The only path to reliable products is comprehensive internal and external testing.  Feel free to get in touch if you have an idea we might be able to design and deliver for you!